skip to main | skip to sidebar

I know you're happy with him and that makes me happy. Although, even I cannot summon the smile to convince myself that what I'm saying is true but I know it is, because at the end of the day... I know that your happiness is what matters to me.
inilathala ni Eli at 12:11 PM 1 comment:

Sadness and numbness, sometimes you cannot tell the difference.
Arguably one of the reasons people isolate themselves.
Vehement waves of unbearable longing.
Echoing through the silence of the abyss.

Winter was over and he was his spring
But the cold is more powerful; dark and unforgiving
inilathala ni Eli at 5:36 AM No comments:

I will keep you in my heart
A secret place where forever you'll be a part
For your heart has given mine a whole new meaning
As winter is over and you are my spring
inilathala ni Eli at 1:02 AM No comments:

Joseph, I hope you rot in hell.

"He just said he didn't want to do it anymore" Ryan sighed, expressionless. His eyes, hollow, soulless.

"He said he didn't want to do it? that's it?" Corazon exclaimed in disbelief, slamming her hands on the antique table, almost catching everyone's attention in the French Cafe they were seated in.

Ryan looked up and stared at Corazon. Her face was bursting with rage yet her eyes radiated compassion and empathy.

She reached for his hand and cupped it in hers, trying to calm the storm underneath his untroubled aura.

"I'm sorry babe, you did not deserve that." She whispered.

There was no storm. there were no tears to shed and no broken heart to piece together... only nothingness and barely-healed wounds.

July 31, 12:38pm
"One day, we will live together forever and I will look after you in health and in sickness. I love you."

Under any circumstances, Ryan would have fallen in love with Joseph's sweet ensemble of words but Gabriel, his great love, had already destroyed him. He knew that Joseph would leave just like the others. Ryan saved himself this time. He knew that he can never trust any man again.

"I'm okay, it's just a scratch." Ryan uttered as he placed the turquoise, porcelain teacup on the saucer.

He dreamed of warm and cozy nights; snuggled in bed, nestled in each other's arms, glued on Netflix while binge eating. His lover running his fingers through the strands of his hair as he gently planted kisses on his forehead.

He fantasized getting drunk at a club, dancing foolishly at the center with his partner, eyes fixed at each other's gaze as the noise muffled and the crowd faded in the background.

Corazon stood up and sat beside Ryan "look at me" She said as she wrapped her arm around him. "I hope you find someone who will respect your feelings".

But the fire in him has ebbed.

He grew cynical and callous. He refused to feel and open up again.

Ryan retreated to an emotional fortress where no one can touch him again.

"Yeah I guess" He replied with a casual smirk.

Memories In a Love Song

In the freezing hostile nights
There I was, carving words of joy
Hands bare
Alone
Indifferent
Yet breathing still, unbroken

"napapawi ang hirap at pighati"
(it soothes the difficulty and sorrow)

My heart was frozen
Your love was fire
It purged my soul
Of all its fears and doubts
I felt whole, alive

"sa piling mo, ang gabi'y tila araw, ikaw ang pangarap, ikay lamang"
(with you, the evenings are mornings, you are my dream, you alone.)

In you I find solace
My day and night
My breathtaking sunrise
My tranquil evening sky
With you I have purpose
With you
I am whole and alive
inilathala ni Eli at 8:11 AM 2 comments:

5:10am
They looked at him with inquisitive eyes; waiting for a spark that would illuminate the depths of his soul.

He took a deep breath, leaned back and puffed his last cigarette as he veered away and threw his gaze up the starless sky; subtly attempting to recollect the events that transpired about two years ago.

"you know..." he felt a sudden pang in his heart as the words reluctantly escaped his lips -a dull pain which he managed to conceal behind a casual smirk.

"wouldn't it be selfish if you force someone to stay and love you kahit na hindi ka na nila kayang mahalin?"

"kasi diba..." They watched his pupils dilate -a subconscious sign of readiness of love yet through them they saw defeat and emptiness. Love and sorrow -it was a paradox in its cruelest form. "kapag mahal mo, dapat kung saan siya sasaya?"

He noticed the quizzical expression on their faces. "was the feeling suicidal?" They both asked.

"do you still..." They hesitated. Both of his friends knew the severity of their question

His vigorous love for him has stood the passage of time. It was the kind of love that was silent and self-sacrificing yet unrelenting. The seventh wonder of the world, his sun and moon, the love of his life, his habibi, will never come back and with that he is certain. Be that as it may, he still made an irrevocable decision to keep loving until the last teardrop falls; until the next phase of the moon, until the dying embers in his heart burn out.

5:59am
He saw the colors of the sun's glow in the horizon; the spectrum it threw at the great divide. The evening had ended in a nostalgic twilight. And through his eyes of perpetual sorrow, he looked at his friends..

It was many and many a year ago,
In a kingdom by the sea,
That a maiden there lived whom you may know
By the name of ANNABEL LEE;
And this maiden she lived with no other thought
Than to love and be loved by me.

The angels, not half so happy in heaven,
Went envying her and me-
Yes!- that was the reason (as all men know,
In this kingdom by the sea)
That the wind came out of the cloud by night,
Chilling and killing my Annabel Lee.

But our love it was stronger by far than the love
Of those who were older than we-
Of many far wiser than we-
And neither the angels in heaven above,
Nor the demons down under the sea,
Can ever dissever my soul from the soul
Of the beautiful Annabel Lee.

For the moon never beams without bringing me dreams
Of the beautiful Annabel Lee;
And the stars never rise but I feel the bright eyes
Of the beautiful Annabel Lee;
And so, all the night-tide, I lie down by the side
Of my darling- my darling- my life and my bride,
In the sepulcher there by the sea,
In her tomb by the sounding sea.

I discovered that rejections are not altogether a bad thing. They teach a writer to rely on his own judgment and to say in his heart of hearts, "to hell with you!"
-Saul Bellow 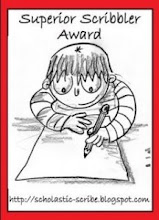 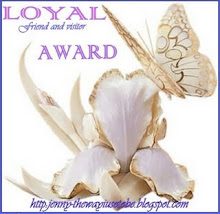 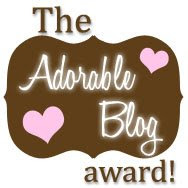 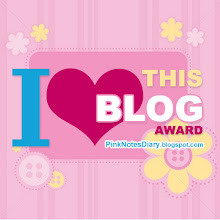 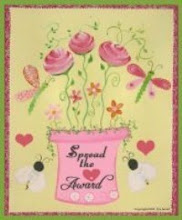 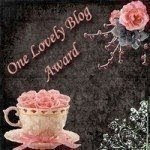 “If we can love someone so much, how will we be able to handle it one day when we are separated? And if being separated is a part of life, and you know about separation as well. Is it possible that we can love someone and never be afraid of losing them? At the same time, I was also wondering, is it possible that we can live our entire life without loving anyone at all? That’s my loneliness.”

-Mew, The Love of Siam

A roll of string